Who is David Zimmerman? 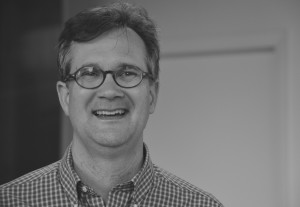 David Zimmerman was born in Wichita, Kansas where he eventually graduated from Heights High School. He then attended the University of Kansas. While attending KU, David marched in the marching band, lived in a Scholarship Hall and wrote for the University Daily Kansan (both as a member of the Editorial Board and as a columnist).

After college, David Zimmerman moved to Jackson, Mississippi where he attended Reformed Theological Seminary. After seminary David served as a pastor in Clinton, MS; Winston-Salem, NC; Myrtle Beach, SC; Columbia, SC and Lake Wylie, SC. For a brief-stint David worked as a barrista and bank teller, too.

After this David Zimmerman made a transition into internet marketing, especially search engine optimization. He’s worked at WebsiteBiz and Ephricon Web Marketing (which was eventually purchased by Straight North). Now he provides internet marketing, Charlotte NC as Reliable Acorn. You may have heard him speak at BarCamp Charlotte, Ignite Charlotte or at SEMCLT or Social Media Charlotte.

You can connect with David Zimmerman on LinkedIn and Google+

David Zimmerman is a

David is not a